Below are some of the scriptures we covered today about ‘the end of the world.’

“There will be great earthquakes, and in various places famines and pestilences. And there will be terrors and great signs from heaven.”

“From the fig tree learn its lesson: as soon as its branch becomes tender and puts out its leaves, you know that summer is near. So also, when you see all these things, you know that he is near, at the very gates. Truly, I say to you, this generation will not pass away until all these things take place. Heaven and earth will pass away, but my words will not pass away. ‘But concerning that day and hour no one knows, not even the angels of heaven, nor the Son, but the Father only.’”

“Therefore, stay awake, for you do not know on what day your Lord is coming. But know this, that if the master of the house had known in what part of the night the thief was coming, he would have stayed awake and would not have let his house be broken into. Therefore you also must be ready, for the Son of Man is coming at an hour you do not expect.”

“Then I saw a new heaven and a new earth, for the first heaven and the first earth had passed away, and the sea was no more. And I saw the holy city, new Jerusalem, coming down out of heaven from God, prepared as a bride adorned for her husband. And I heard a loud voice from the throne saying, ‘Behold, the dwelling place of God is with man. He will dwell with them, and they will be his people, and God himself will be with them as their God. He will wipe away every tear from their eyes, and death shall be no more, neither shall there be mourning, nor crying, nor pain anymore, for the former things have passed away.’ And he who was seated on the throne said, ‘Behold, I am making all things new.’ Also he said, ‘Write this down, for these words are trustworthy and true.’” …

What does science say: when entropy reaches a low enough state, everything will start to disintegrate: every building, every structure, even protons will be destroyed. But that won’t happen for a long time from now. It would be comparable to the floors of the Empire State Building. Let’s imagine it won’t happen until we get to the top! However, in an eternal universe such as the one we are in, anything can happen. The world can ‘end’ at any given time. Again, keep in mind we are in an eternal universe though. So even after the scientific or pre-scientific destruction, particles will begin to ‘reform’ through a physics theory known as the Boltzmann Brain. Basically, we are ‘particles’ caught up in human form. The Boltzmann brain will be a single brain that can appear in the ‘void complete with memories of a full human life in our universe, that arises due to extremely rare random fluctuations out of a state of thermodynamic equilibrium.’ I believe the Boltzmann Brain represents the return of Christ.

I have to point out the last Bible verse in Revelation that I copied it’s just beautiful. You see, when we say the ‘Lords prayer.’ We are praying for heaven to come down to earth whether we know it or not. When we say ‘as it is in heaven’ we are making this request. These verses in Revelations point right to that. “Then I saw a new heaven and a new earth, for the first heaven and the first earth had passed away, and the sea was no more. And I saw the holy city, new Jerusalem, coming down out of heaven from God,” and then there is a new dwelling place where we dwell with God.🙏 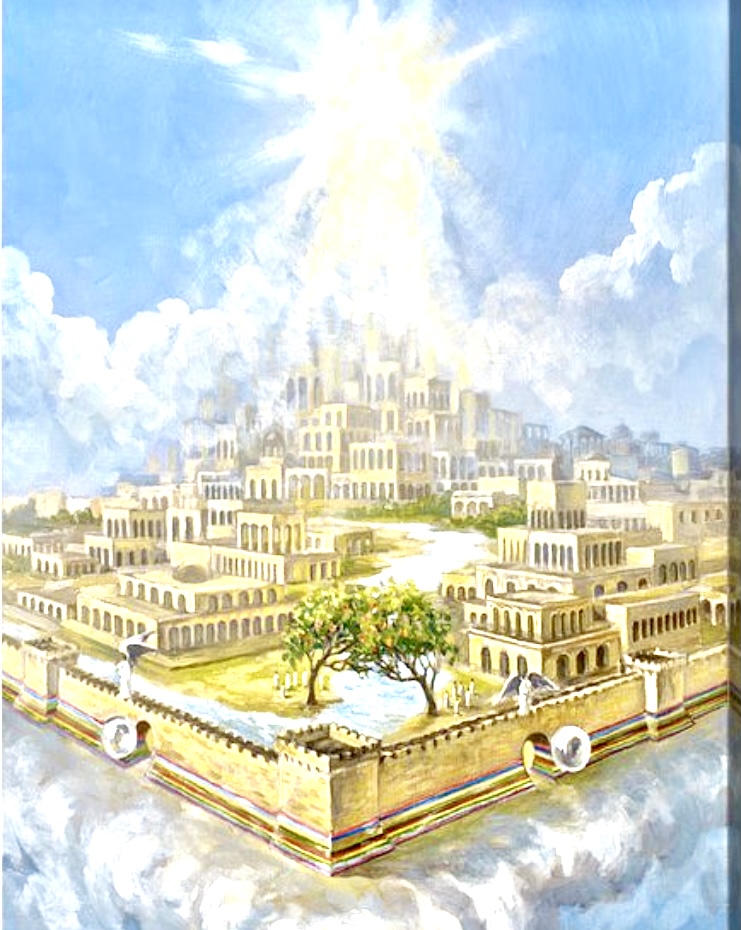 Zina Hermez authored “Not Without God: A Story of Survival.” Her stories have been featured in various guest articles, medical journals, magazines, newsletters, and over 200 of her blog posts. As an educator for more than twenty years, she’s had the privilege of working with thousands of students from different backgrounds and parts of the world. Her writing endeavors earned her an invitation to speak at the Harvard Faculty Club’s “Business Expert Forum.” Zina’s goal is to help others overcome adversity, and she strives to do what she longs to–help other people. Socializing with friends, taking business trips, listening to music, and meeting new people are among her hobbies. You can connect with her on Facebook, Instagram, Linked In, or Twitter.

CLICK ON THE LINKS BELOW TO ORDER YOUR COPIES OF NOT WITHOUT GOD!

Listen to my podcast interview on: