I’ve been back from the “Living Legends of Entrepreneurial Marketing” for nearly a week, and I can’t stop thinking about it! I want to go back! As a matter of fact, this time last week I was sitting on a boat, the beautiful “Bateaux,” it was a gorgeous night, and I got to see the New York skyline!🌇

And what a view it was, I got to see celebrities like Ice-T and his wife, Coco, Martha Stewart, Dylan Howard (the Chief content officer of American media, who shared exclusive stories about Charlie Sheen!), Hal Elrod (author of 2 million copies sold), Micheal Gerber (of the E-myth, multiple #1 New York Times best-seller), Alex Mandossian, Steve Larsen (#1 funnel hacker for ClickFunnels, and part of the two-comma club—an elite group of online entrepreneurs that have reached one million dollars, or ‘two commas’).🤑😆

I can’t leave out Jerry Greenfield (of Ben & Jerry’s🍧) who even served me ice cream, and told the story of how him and Ben split the money for a $5 course! He said their ice cream was becoming a hit, but Haagen Dazs was bigger, so Pillsbury stopped selling Ben & Jerry’s on their trucks! That was illegal, so they started a campaign called, “What is the dough boy afraid of?” 😂 And they put a stop to it!

Some takeaways I got:

“You can’t just be on TV, you have to do something exceptional!” ~Martha Stewart

“Success is to be emotionally, financially, and mentally stable!” ~Walter O’Brien

“The greatest gift you can give to people you LOVE and LEAD is your full potential! ~Michael Gerber

“The most POWERFUL element of marketing is CURIOSITY (‘How did this person do this, get this, and be this…?’)” ~Clint Arthur

“There is a new creature inside of you, waiting to be ‘born.’” ~Michael Gerber

I’ll admit going on this trip was not easy for me; my dad has had a significant amount of Alzheimer’s, and it is worsening. I distribute his medicine daily, and do the same for my mom, too. I had to schedule for caregivers and call substitutes to teach my courses.

Below I am with Michael Gerber of the E-Myth, published in 1992, millions of copies have been sold! He says that he didn’t do everything that happened to him, he says “it did it!”😄 And Rick Warren “built his church” on Gerber (not on the Bible). lol Rick Warren, best-selling author of The Purpose Driven Life (the most popular book next to the Bible!).

And here are some more pics with fabulous people! 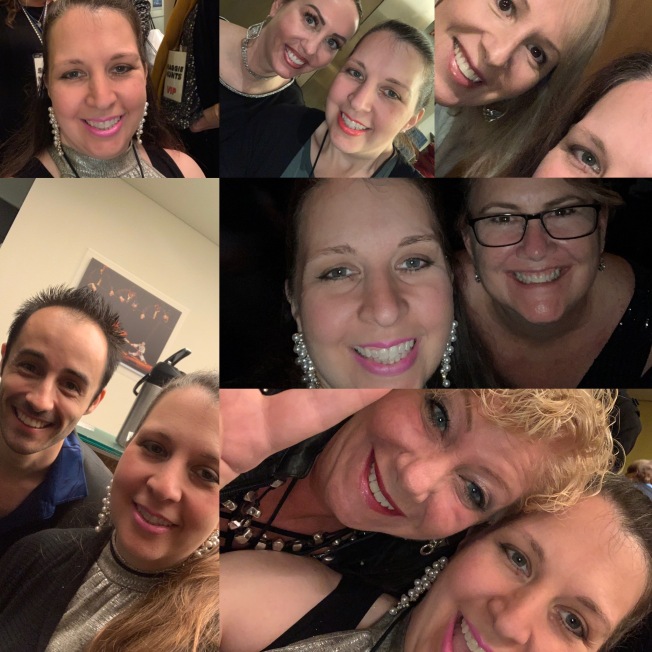 Below was on the second day after I arrived. It was beautiful and sunny with a crisp wind, and I didn’t know what to expect. I knew I would be exposed to some ‘elite’ people! Tim, the second from the left is from Michigan, also, so we talked about that a little bit, and it was a good icebreaker! Linda and I hit it off, with her being a caregiver (like I am), and having a daughter with some challenges.

Clint gave out ‘Film Fest awards’ and there were actors and writers, adding a little more Hollywood!🎬

I also posted Clint’s live webinar on my social media a few times! It was a post-Carnegie Hall one where he gave me a special shout-out and pointed to my blog!❤️ He says I am AWESOME & QUALIFIED! I’m still smiling!😄

Zina Hermez authored Not Without God: A Story of Survival. Her stories have been featured in various guest articles, medical journals, magazines, newsletters, and 200+ of her very own blog posts. As a long-time educator, she’s had the privilege of working with thousands of students from different backgrounds and parts of the world. She’s taught at automotive corporations like General Motors, Ford, Nissan, Bosch, Toyota, and Mercedes-Benz. She began her own teaching services incorporating math and other subjects. Her writing endeavors earned her an invitation to speak at the Harvard Faculty Club’s “Business Expert Forum.” Zina’s goal is to help others overcome adversity. Socializing with friends, taking road-trips, listening to music, and networking are among her hobbies.  You can connect with her on Facebook, Instagram, LinkedIn or Twitter.